A Bulgarian Book Helps to Problematic Students in the United States 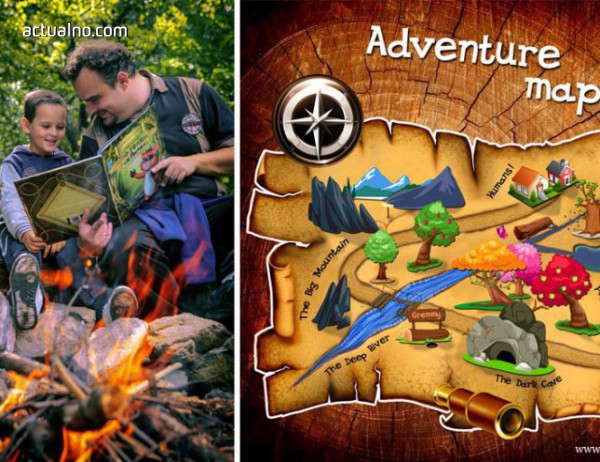 American company working with children with reading difficulties chose Bulgarian book to help their students. It's Nikola Raikov's book "The Big Adventure of the Little Gremlin". Americans from Richmond, Virginia preferred the unusual game tale of Nikola Raikov, which has 20 different endings and they are really satisfied with the results. "Children have a great react to the book" says Erika Carson, training director at Trilogy Mentors.

The company contacted the author in video conference call to express impressions and offer to help him. "We were impressed of author who provided a free book with such a high quality in an electronic version and we decided to try to help," the American adds.

The Bulgarian-speaking games can be downloaded for free in English, Russian, Italian, Latvian and Bulgarian, and volunteers from all over the world already translate them into Spanish, Persian, Catalan and even Swiss dialect of German.

"I have a very strong relation with my son," says Nikola Raykov, "and I hope these books to inspire parents and teachers to play together with children. I promise them stories filled with jokes and adventures, but most of all empathy, kindness and understanding. "Dozens of schools and kindergartens in Bulgaria are working with his game tales. Nikola Raikov was born on June 21, 1981 in Stara Zagora. He graduated with information technology in the United States, but he was disappointed of the American worldview and returned to Bulgaria. He became famous with his first of a kind game tales, The Big Adventure of the Little Gremlin, The Greater Adventure of the Little Gremlin and The Goodies. In a few years, he became one of the most popular and beloved children's authors of Bulgaria and his books are sold in thousands of copies.