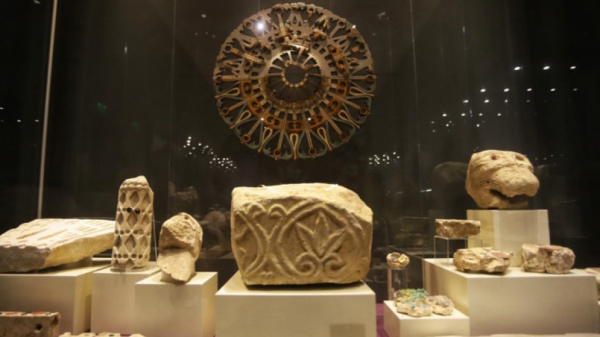 Visitor to the National Archaeological Museum have the opportunity to see the biggest medieval treasure of Bulgaria – that from Veliki Preslav. The most representative finds from the period of grandeur of the second Bulgarian medieval capital of Veliki Preslav are displayed in the halls of the museum in a temporary exhibition entitled "To the gates of ruler's court: Treasures from Veliki Preslav", which would continue until January 26, 2020. 9th-century gold ornaments and jewelry are on display for the first time since restoration and analysis at the Roman-Germanic Central Museum in Mainz. They have arrived back to Bulgaria after the world saw them exposed in the Louvre, said director of the museum Assoc. Prof. Hristo Popov.