A black stork was saved 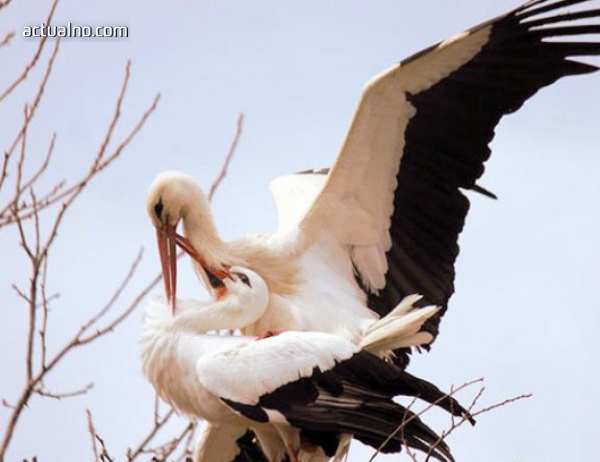 The small and unnoticeable daily actions are, in fact, those that often go deeper into our memories and color our lives a lot more then everyday tasks, careers, engagements, and long-term goals, commented Mr. Avinoam Katrieli, President of Foundation "I love Bulgaria". Recently we read about saving a wounded bird from the rare species of the black stork, from a group of ecologists in Vratsa, that at first glance seems so small and insignificant act... Ecologists from Vratsa saved a black stork, the Regional Inspectorate of Environment and Water - Vratsa reported. The "green" phone in the inspection received a call from 112 for a found stork in a helpless state. The bird was a black stork (Cicinia nigra) and was found in the courtyard of a pumping station, on the territory of Staro Selo, in Mezdra Municipality. Inspection experts have found that the young bird had no broken wings or legs, but was in a failing state.
After taking the necessary actions, the stork was sent to the Wildlife Rescue Center "Green Balkans - Stara Zagora". The black stork is a protected species on the territory of the whole country included in Appendix 3 of the Biodiversity Act.