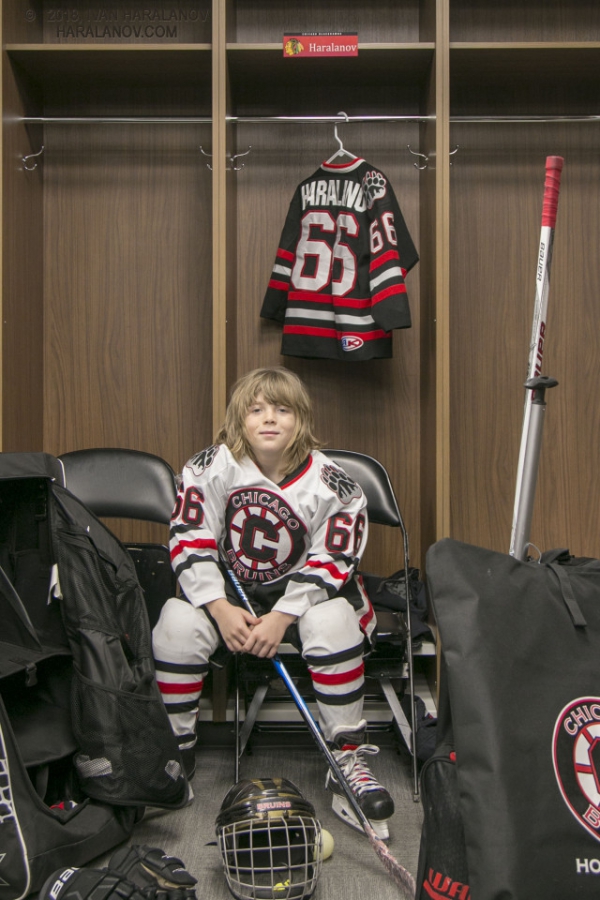 9-year-old Ivan Haralanov was selected as the "Future Star of the Match" at the match between Chicago Blackhawks and New York Islanders on January 20 at the United Center in Chicago, part of United States and Canada National Hockey League.

Twenty thousand attended the hall during the official opening ceremony, which began with the traditional welcoming of Chicago Blackhawks hockey team, by the Bulgarian boy who is training and playing hockey over the ocean for a year.

Dressed with a professional hockey outfit, numbered 66 on his back, next to his family, Ivan greeted each of the host's stars and together with the them he welcomed the audience and stand up in the front row for the US national anthem.

Haralanov's nomination for a future star in the league comes from his current team - "Chicago Bruins Squirt", where his brother Milcho competes.

From the Winter Palace in Sofia to the United Center.

The Haralanis family moved to the United States when Ivan was 8 years old to be able to develop in hockey. His qualities were instantly observed by Chicago sports specialists and he was admitted to the Bruins Academy.

At the moment he plays both in forward and in defense during kids matches. He quickly becomes a favorite of teammates and coaches. He travels with the team in all states and actively participates in all matchup. For over a year Ivan walks the way from the Winter Palace in Sofia to the “United Center” in United States – official “Chicago Blackhawks' hall.