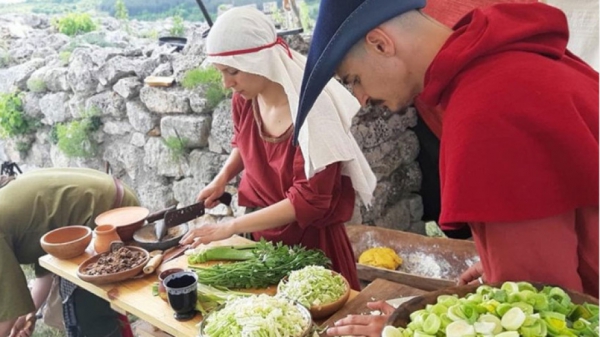 This year, the forum is dedicated to the 800th anniversary of the rule of the great Bulgarian Tsar Ivan-Assen II in the period 1218-1241. At that time the city reached a real prosperity and Bulgaria ranked among the great empires and kingdoms in Europe.

A concert and the "Stars over Medieval Tarnovgrad" fire show will give the start of the program. More than 140 participants from Bulgaria, Italy, Romania, Serbia and Ukraine will take part in reenactments of historic events during the weekend.

This year's focus of the forum is also a degustation of cuisine from the Middle Ages. Participants will prepare dishes from the era of the Second Bulgarian Kingdom, from Byzantium, England, Russia, the Scandinavian region and the Mediterranean. Visitors will be able to try mead, beer, monastery and military food from the XII-XIV century.

For the first time, a tournament will be held showing the martial art of boyars - Bulgarian noblemen and warlords during the Middle Ages.