We mark European Day of Languages on September 26 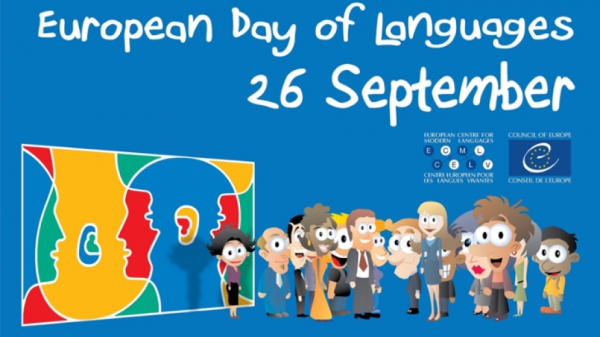 Each year on September 26 we celebrate the European Day of Languages. It is a good occasion to talk with our colleagues from the foreign language sections of Radio Bulgaria about the need for linguistic diversity. The multilingual website of the Bulgarian National Radio deals with topics from and about Bulgaria in 10 languages-Bulgarian, Albanian, Serbian, Greek, Spanish, French, German, English, Russian and Turkish. I cannot imagine the whole world speaking only English, Zhorzheta Yaneva from the German section of Radio Bulgaria says. In her view, the information that reaches the audience in their mother tongue is more accessible and understandable:

Desislava Semkovska from the Russian section contends that each language has its own culture, specificity, sound and meaning which sometimes remains hidden for people who do not know the given foreign language perfectly.

Our role is to translate and convey precisely and accurately the specificity of the Bulgarian language to the foreign users, Desislava adds. Nearly 350 million people speak Russian, which is 5% of the world population. Russian is the fifth most popular language. It has huge audience and the role of Radio Bulgaria has become greater. It is good to know several languages, but it is also important to get acquainted with the culture, the customs, the tradition, the history and the specificity of the foreign language. We know in details what is happening in this country and are able to adapt the information, explain and add information, so that the audience understands and perceives the information about Bulgaria well.

Although most of the European citizens speak foreign languages, they may not always find the necessary information when they are interested in more specific topics:

This is especially true for the smaller countries, the smaller nations such as the ones that live in the Balkans, Ani Dudeva from the Serbian section of Radio Bulgaria says. A large part of our audience for instance does not know Western European languages that well to be able to read fluently in this language. It is much easier and comfortable for them to find the information in their own language. It is important to mention the Bulgarian community abroad and the generations born abroad that want to preserve their Bulgarian identity and spirit. We provide not only information, but also nice and entertaining materials related to Bulgaria. For a small country like ours, it is difficult to find such a wide range of information. You are most likely to find topics about politics and the economic trends. However, information that gives an idea of the appearance and the spirit of our country cannot be found in any media. It is good that many people know Western European languages which makes communication easier, but it does not mean that the languages of the small countries should be doomed. I believe that the European nations have the conscience and the means to sustain the studies of the languages of the smaller countries. The language is a mandatory element of the national identity. When we speak or write in foreign language, we respect the identity of the other nations.

Media Link : We mark European Day of Languages on September 26