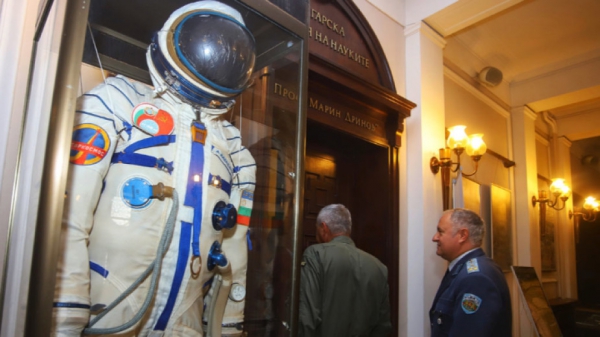 An exhibition entitled "Earth through the eyes of the first Bulgarian cosmonaut Georgi Ivanov" was opened on November 6 in the hall of the Bulgarian Academy of Sciences in Sofia. It includes previously unseen photos taken from "Soyuz 33" during the flight, which took place on April 10, 1979. The exhibition has been organized by the Institute for Space Research and Technology at BAS, which celebrates its 50th anniversary, and is held under the auspices of the President of the Republic of Bulgaria, Rumen Radev. The Institute dates back to the Scientific Group on Space Physics, created on November 1, 1969. Its main mission today is to carry out fundamental and applied research in the field of space physics, remote research on Earth and planets, and aerospace technologies.