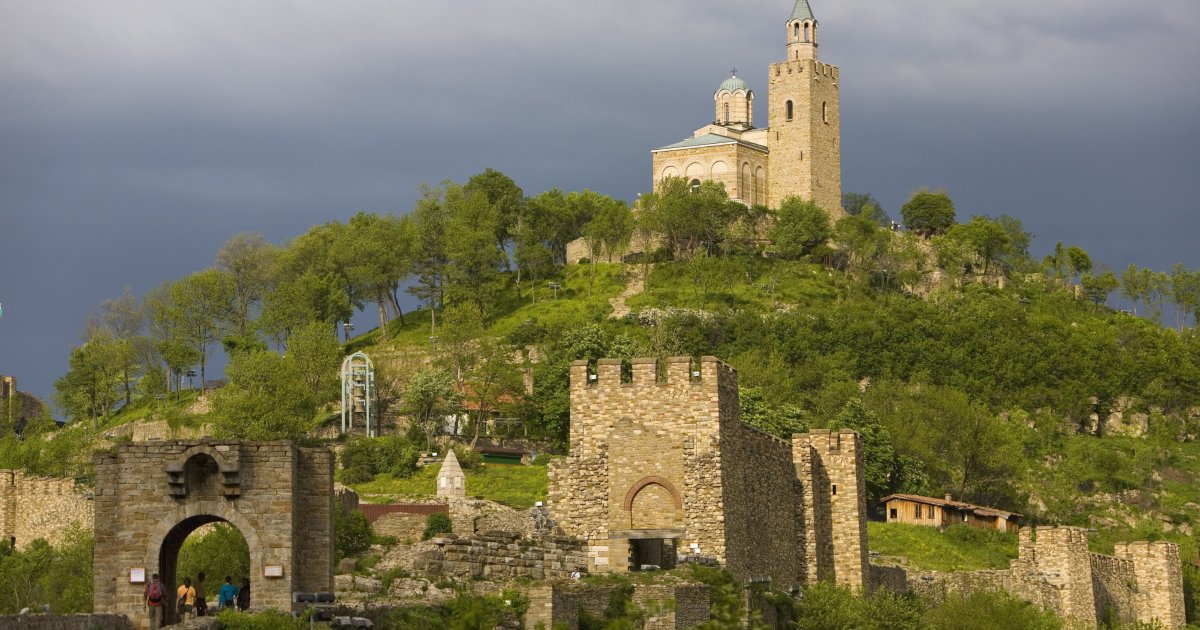 Architectural and Museum Reserve Tsarevets is one of the most frequented tourist sites in Bulgaria. It is located on Tsarevets Hill in the old part of the town of Veliko Tarnovo.

The hill was first settled as early as the 3rd millennium BC. In the 5th and 6th centuries it housed the largest city of the Bysantine Empire in the province of Moesia Inferior - Zikideva

In the 9th century a Bulgar settlement was founded there, which grew rapidly. The construction of the defensive wall, which still stands today, started in the 12th century. The wall was 1,100 meters long, up to 3.40 meters thick at certain places and over 10 meters high.

The fortress had three entrances, the outlines of which can be traced today. The main entrance, which was defended by fortress towers, is located to the west. The second entrance, the so-called Little Gate (Asenova Gate), is situated in the northwest part of the fortifications. The third entrance, Frenkhisarska Gate, in the southeast end of the stronghold, was guarded by a defensive tower known as Baldwin’s Tower. It named after the Latin emperor Balwin of Flanders who was captured by Tsar Kaloyan in the Battle of Adrianople from 1205. Legend has it that after the battle Baldwin was interned in this tower and later died there.

In 1185 when Tarnovo was declared the capital of the Second Bulgarian Empire Tsarevets became its principal fortification and home of its aristocracy. For more than 200 years the city bustled with political, economic and cultural activity and was one of the largest cities of Southeast Europe, while the fortress was the most important one in Bulgaria.

In the northernmost part of Tsarevets there is an outcropping over the Yantra River known as Execution Rock. From the 11th to the 14th century traitors of the state were thrown from it into the river, and in the 16th century a monastery was built there.

The restoration of Tsarevets began in the 1930s and was completed in 1981 on the occasion of the 1300th anniversary of the foundation of the Bulgarian State.

Today the road to the main entrance with its great gate, imposing walls and turrets and Baldwin’s Tower are masterfully restored. On the very top 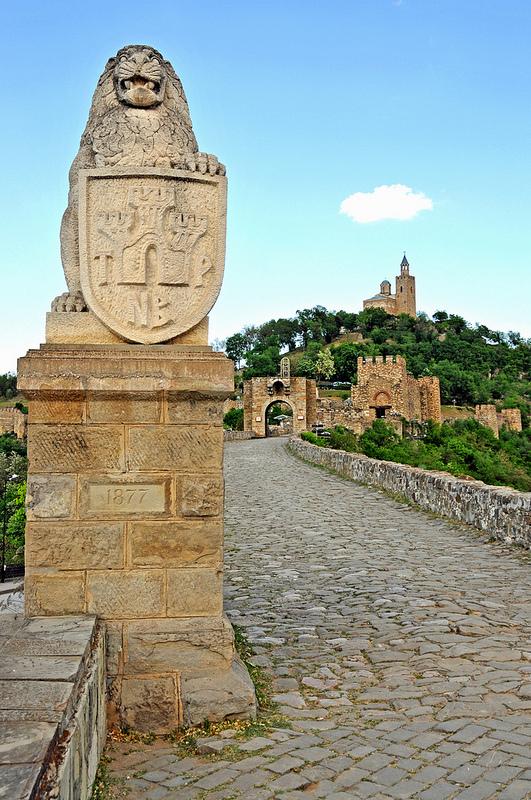 of Tsarevets Hill is the Patriarchate, reconstructed in 1981. Its scale and architecture are impressive, with striking iconography depicting the rise and fall of the Second Bulgarian Empire.

Below it stands the Royal Palace. Excavations have uncovered the foundations of 470 residential buildings, and inn, aristocratic homes, 23 temples and 4 city monasteries. The finds include pieces gold-embroidered clothing and gold jewellery from the period of the Second Bulgarian Empire. Some the rulers who reigned over the Empire from Tsarevets are the tsars Asen I, Peter I, Kaloyan, Ivan Asen II, Ivan Alexander, Ivan Shishman.

Today Architecture and Museum Reserve Tsarevets is a unique way to get to know Bulgaria’s past. Access to all sites is facilitated by the infrastructure, reconstructed to a style authentic for the period. Information plates provide additional information about the function and history of the sites. Visitors may climb to the top of the bell tower, which affords a panoramic view of the town.

The Sound and Light audiovisual show is a unique attraction that uses hundreds of coloured lights, music and church bells to depict key moments of Bulgarian history.

The site is open to tourist year-round. Information materials and souvenirs are available in the Patriarchal Church on top of the hill. 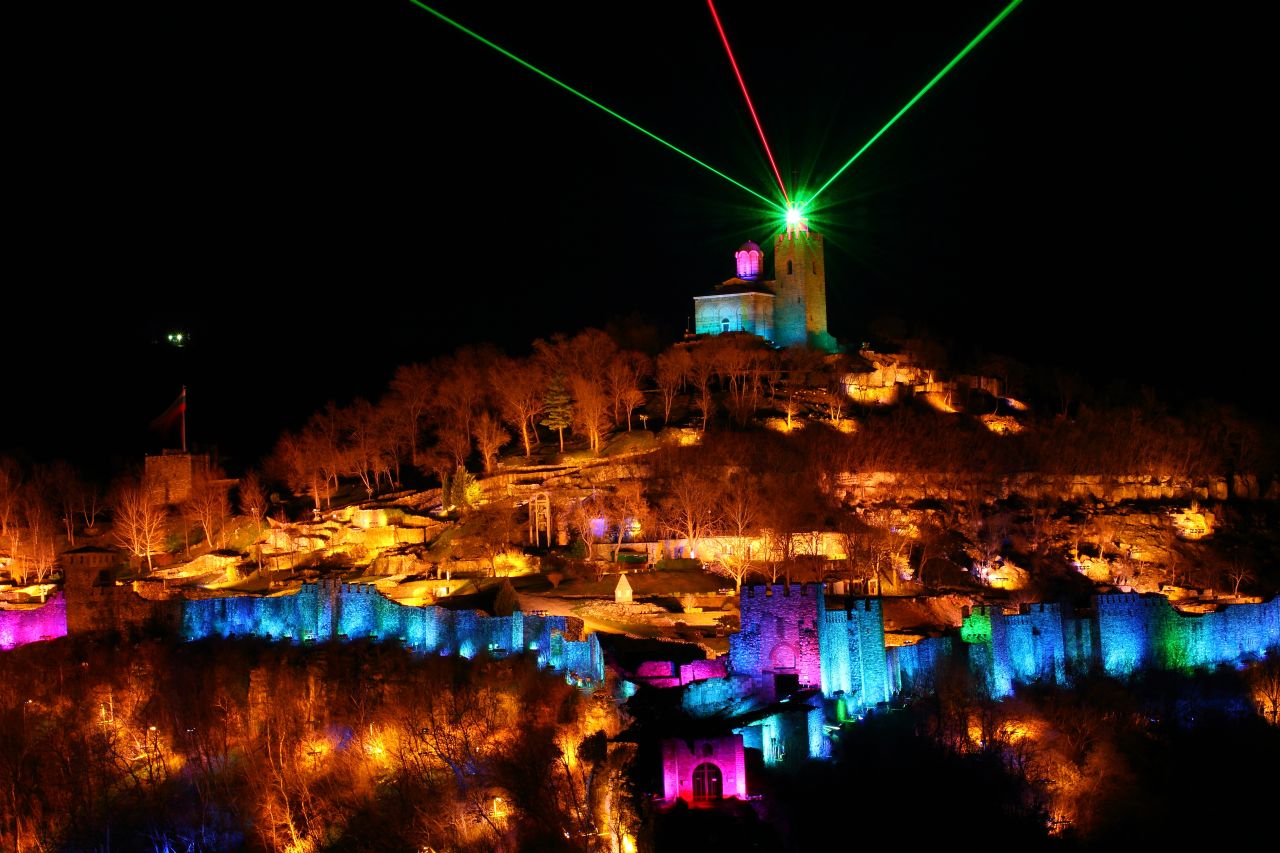 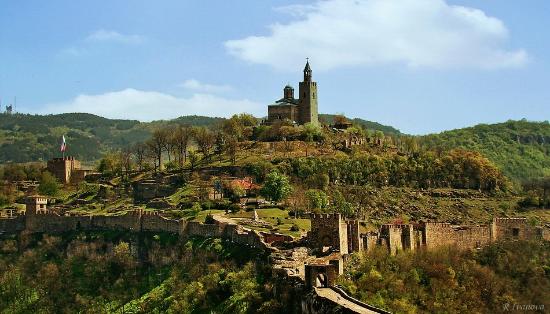